Takeaway - If you absolutely, positively need to access a Windows 7 environment on your iPad, OnLive Desktop is a decent free option..

Two of the biggest questions/complaints I get is "why can't I use Microsoft Office on the iPad?" and "I like Windows, why can't it be like Windows?"
(yes, I do get both questions, repeatedly, I have yet to convert all the masses)

As a devout Mac guy my answer is "why would you want too?"
(yes, I hate it when people answer a question with a question but in this case I feel it's warranted).

The biggest issue I see with iPad adoption is users wanting to replicate their traditional computing environment ion the iPad. As any seasoned iPad user will tell you, that is not possible. But that same iPad guru will tell you it's better that way.

Word processing, presentations, spreadsheets, all the Microsoft Office platforms can be used within the native iPad environment with specific iPad app, but for those users who are insistant on mimicking the Windows environment there is OnLive Desktop...

... OnLive Desktop is a free app which will essentially open a Windows 7 desktop: 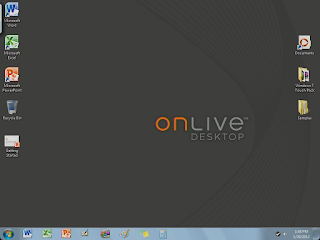 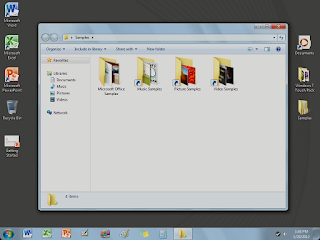 (iPad OnLive app screenshots)
You can run Word, Excel, or Powerpoint as if you were on a full Windows system: 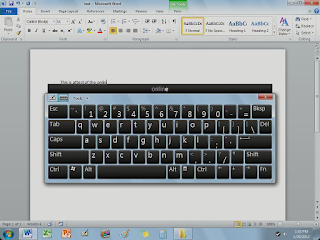 (iPad OnLive app screenshot)
The Pluses:
The Cons:
There are better Office style apps out there that do a much better job within the native iOS environment (Numbers, Keynote, Pages, Documents To Go, QuickOffice Pro HD) but you if absolutely, positively need to hold tooth & nail to Windows, (and I'm not sure why you would but...), OnLive might be your best bet...
Posted by Chris