Takeaway: Google Voice is a great way to stay connected and provide access without compromising personal space or information.

I, like most teachers, am often asked by colleagues and parents for my contact information. Most often my school-based email will suffice. There are times, however, where a phone number is the best way to communicate. Do I want to be publicizing my personal cell number for the world to see and for 24/7 unfettered access to me?

I am the technology teacher and technology coordinator for a school of 850 students and almost 200 staff members. I not only teach 700+ of those students but I manage all the in-house IT issues including our own tech support system. I teach a full schedule and handle all IT issues before or after school.

As with many teachers I don't necessarily want to be giving my personal cell phone number to every parent and staff member that asks for it. As it is I receive requests for tech support at midnight on Saturdays via email I can only imagine what would happen if my personal cell number was made available.

This is where Google Voice comes in...

... I activated a Google Voice number for free, tied it to my school's Google Apps For Education based email. Now I can have those phone interactions and publicize my number without sacrificing the ability to "disconnect" from work when I'm at home.

With my Google Voice number:
Our in-house tech support is a web-based system which sends me an email when someone fills out a help request form. The biggest issue for teachers was "what if my problem is that I can't get online, how do I submit a help request?" With Google Voice activated they can send a text to that number and I get the information directly in my inbox throughout the day, with no need for me to actually have a cell phone.

Google Voice allows me to provide a cell phone number for parent contact and staff assistance while keeping my actual cell phone off and out of sight. Between my iPad and my Google Voice number I can quickly receive texts, check voicemail, and more efficiently respond to all inquiries I receive.

I want to be accessible to the people I work with and the parents of the students I teach. At the same time I want to know I can step away from my work life to enjoy some disconnected personal time. Google Voice allows me to offer accessibility without compromising personal/family time away from school.
Posted by Chris No comments:

And one more thing...

We all know the 1984 commercial introducing the Macintosh, but that is #3 on my personal favorites list. 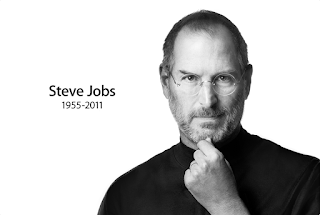